Yesterday I was trying to interface a Nokia 5110 LCD module I bought from InkOcean with my Arduino Uno. But then I realized that the LCD module works with 3.3V instead of 5V. Luckily Uno has a 3.3V output which can be used to power the module. But that alone isn't the problem. The control and data pins also work at 3.3V and has a maximum limit of 3.6V. I could still connect the module directly to Arduino using some series resistors. That would work. But it'll reduce the life of the LCD. I didn't want to do that.

One solution is to use voltage dividers to level down the 5V to 3.3V. For example using 4.7K and 10K resistor pair. I had tried this with an original Nokia 1100 LCD I salvaged from an old phone. I was using a breadboard then. But it's not a good idea to set up voltage dividers in breadboard especially if you have a voltage sensitive device. That is the most probable reason why I destroyed the Nokia 1100 LCD. Yes it stopped working just after I successfully displayed some text on it.

So I decided to not to make that mistake again with this new LCD module. What I could do was to buy a Bidirectional Logic Level Shifter module from any online store. Then I realized that such a module doesn't use any hard to find parts. It just uses N-MOSFETS that are designed for logic level applications. Below is typical configuration used in many available level shifter modules. 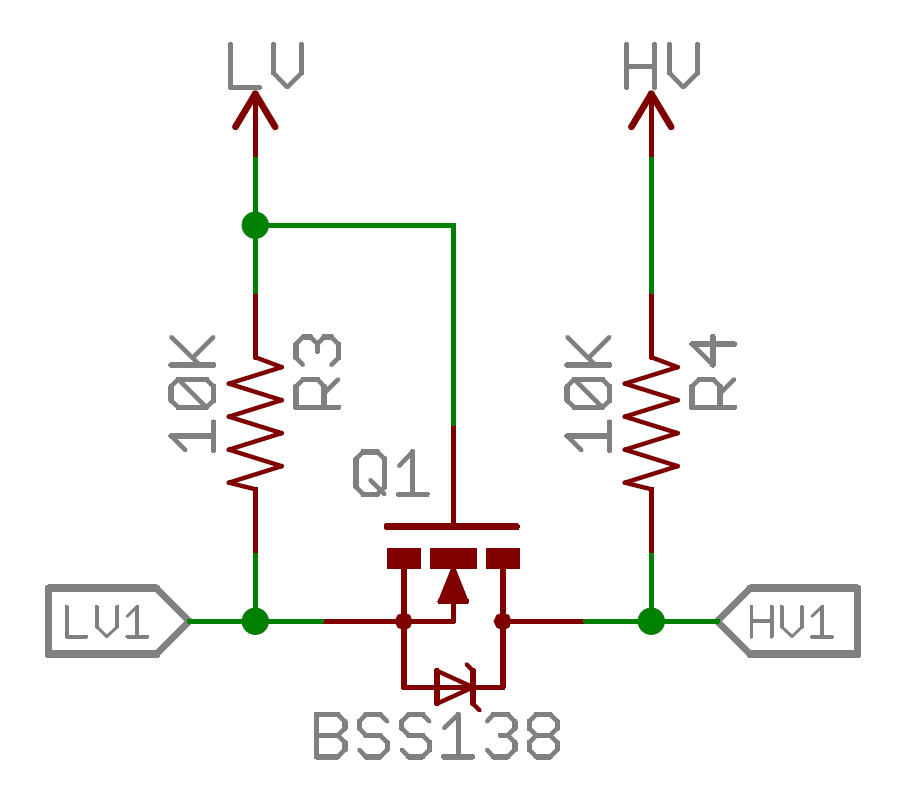 It uses BSS138, N-MOSFET and two 10K pull up resistors. LV = 3.3V and HV = 5V. If you make the LV1 low, the HV1 will also become low and vice versa. Here's the link to the logic level shifter from SparkFun and hookup guide.

But I didn't have the time to buy one. So I decided to build one myself. I used 2N7000 N-MOSFET for my design. It's a small signal FET, but enough for our application. The schematic is similar to the above, but just replace the BSS138 with 2N7000. 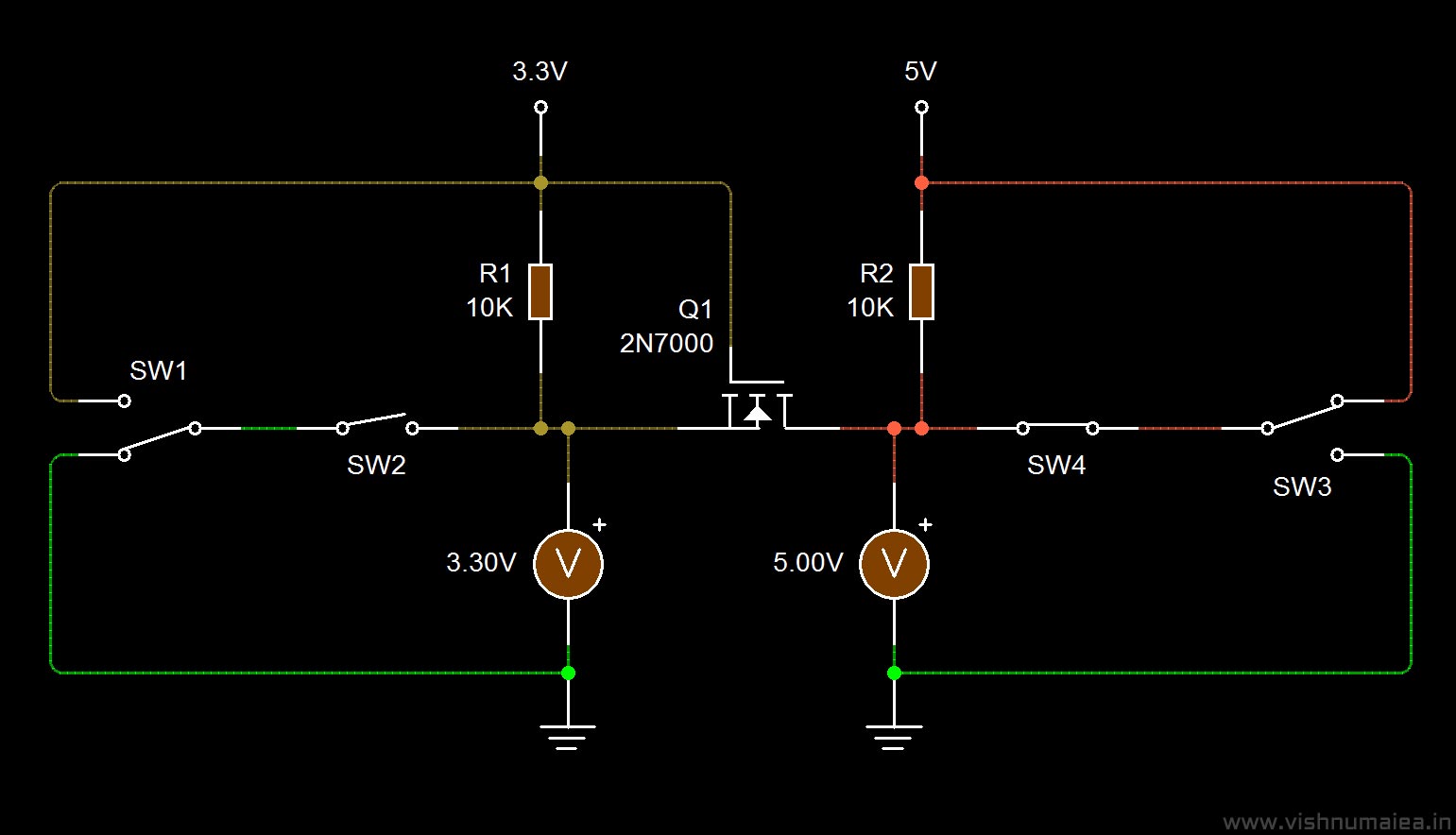 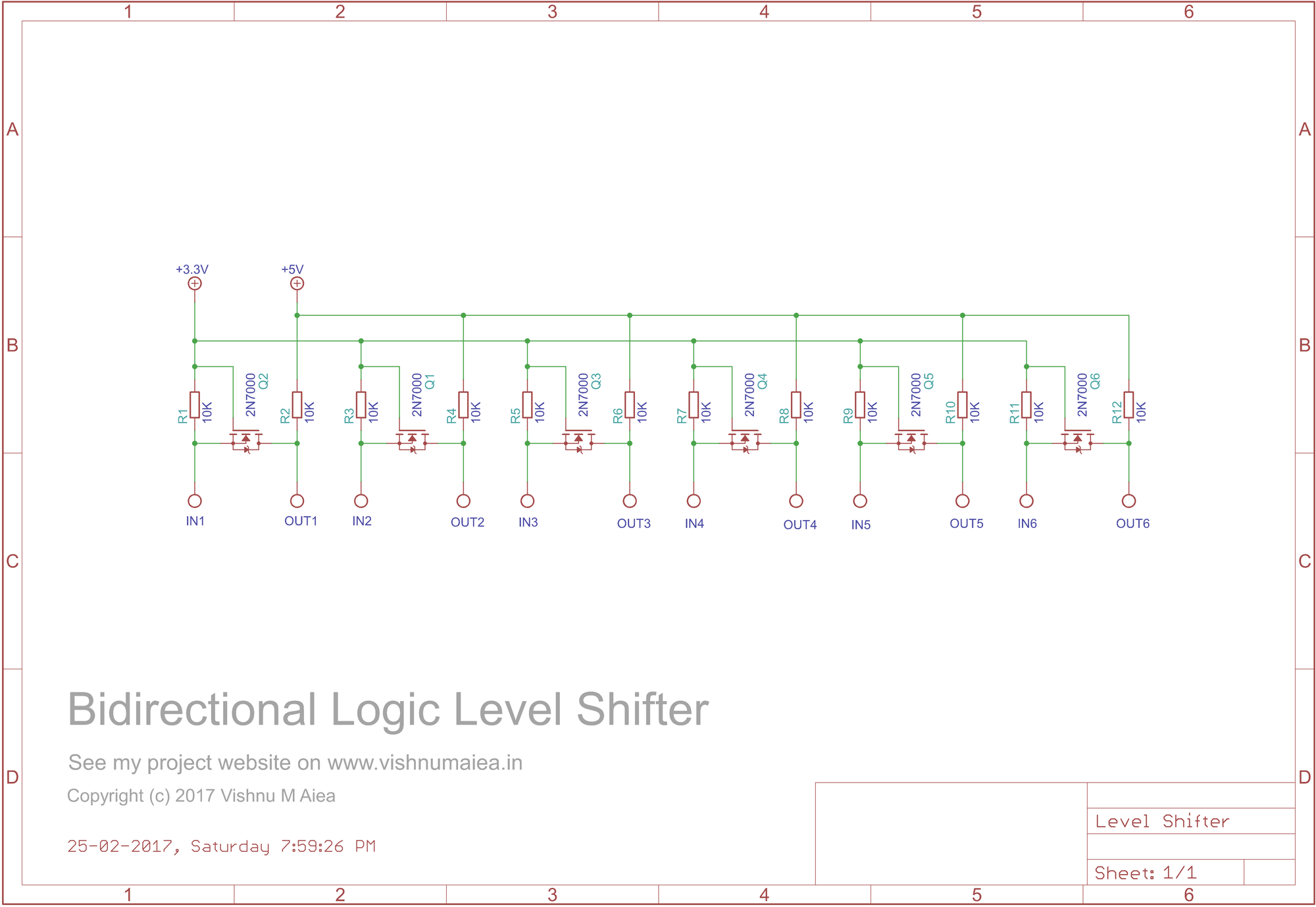 I soldered all components to a general purpose board and tested with my benchtop PSU. It worked fine. 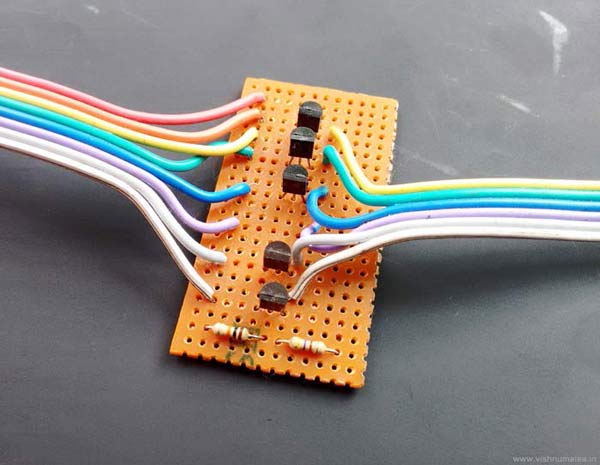 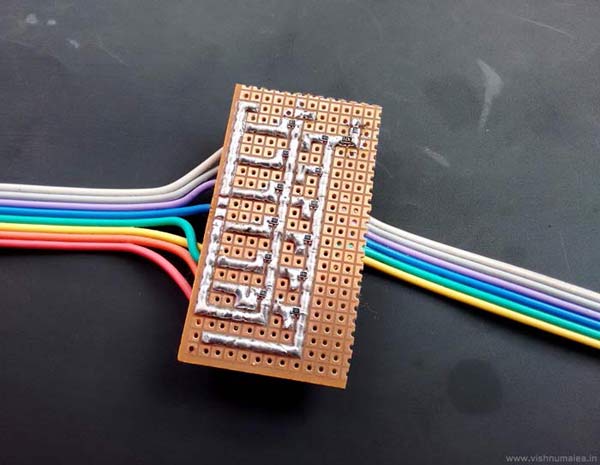 Note that the low side input voltage must be smaller than the high side voltage; means do not apply 5V to a 3.3V input pin. This could damage the FET. I damaged one accidentally. That's why there's one missing in the above picture. I didn't have a replacement then. There's a possible alternative configuration using a single 5V supply with the addition of a 100K resistor. 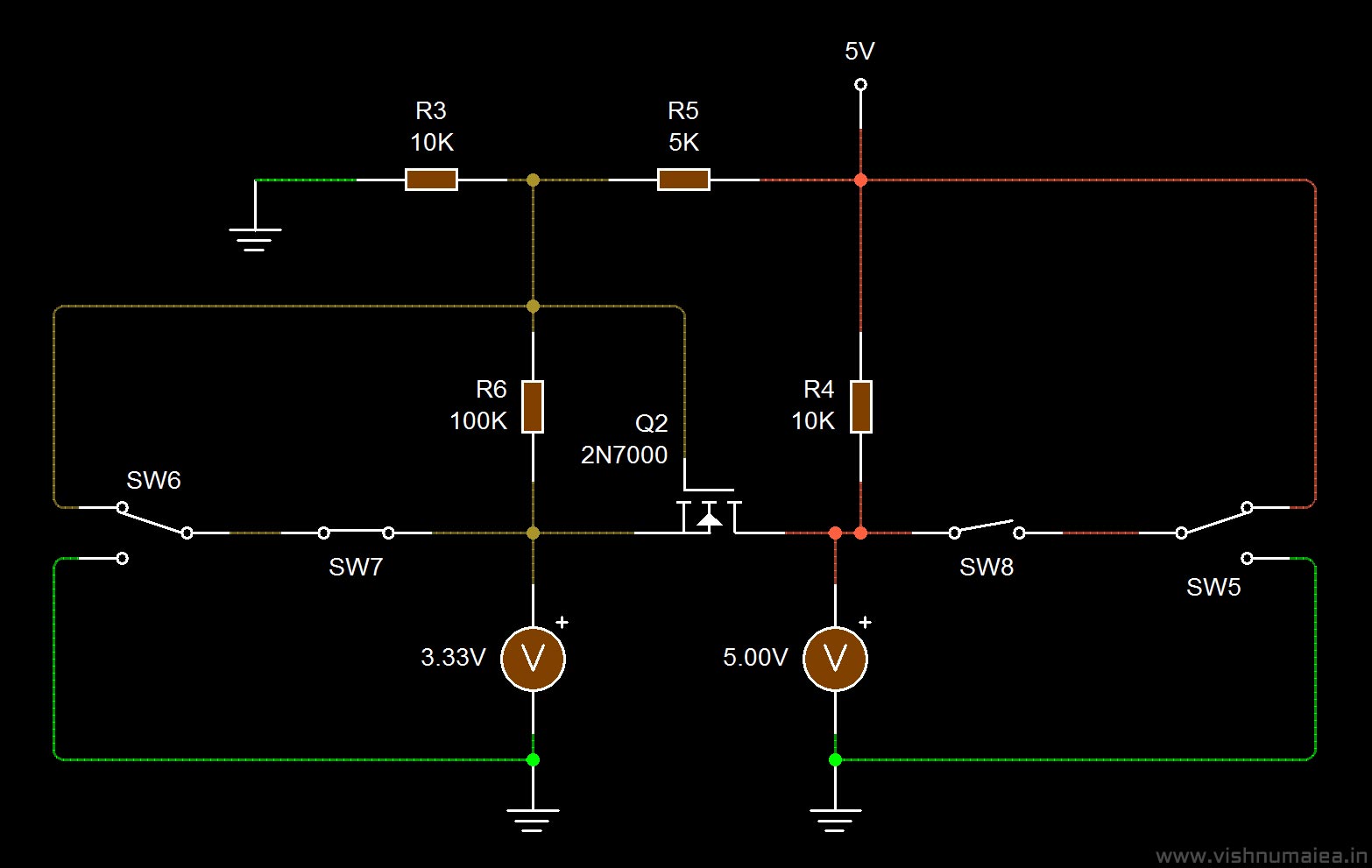 One thing to note is the transition time. Although the above circuits will work fine when you check with multimeters like I did, that doesn't have to be the case when you interface it with a circuit that requires level shifting. The resistors and long wires may affect the transition time of digital signals (square wave) going through. This could have a deleterious effect on some device interfaces. The longer the current path and any devices in series with it, longer will be the delay. You need a DSO/CRO to get a clear understanding of the effects. I don't have a DSO, so I couldn't check it. I hope you could :)

There are dedicated level shifter and buffer ICs that could be used for this application. Some are,