FAQTERMSSITEMAP
Blog    Why I love Arduino?

Why I love Arduino ? 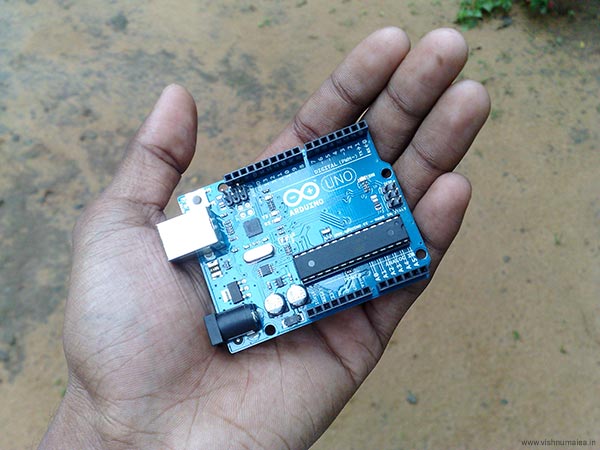 Why I love Arduino ? I got to know Arduino even before I learned what micro-controller was. I first saw Arduino when I was surfing the web three and a half years ago. I fell in love with Arduino at first sight seeing the logo. It was beautiful and made me curious. It always happen to me with this well designed electronic circuits, devices, toys etc and even a chrome plated screw. I have a few of them in my collection. Coming back to Arduino, what make it so lovely ? When you want to start with microcontrollers, you have hundreds of them to choose from, many hundreds of tools and things like that. What Arduino did was to pick the best ones out of them and integrate them to make an open source physical computing platform. That's what the Arduino team did. And the effect was huge. Just google Arduino and see those results to see the effect Arduino has made. There wouldn't be any such search results if there was no Arduino. Arduino was actually designed for artists who don't know much about electronics and programming but still want to make their works interactive like you see in the movies. Arduino is an ongoing revolution because more people are attracted to hobby electronics, programming etc than before. It is an ideal platform for students to sharpen their creative skills even from the school.

Another reason why I love Arduino is because it is open source. All the design files are available to you so that you can alter it and share it. I always like to be open source. Fortunately what happened to Linux didn't happen to Arduino. What happened to Linux was it failed to keep a standard format or version. Many people say that the Ubuntu is the standard version but you can't say that. But Arduino has standard reference versions of boards manufactured by an Italian company called Smart Projects and it has a standard IDE for programming even when being open source. So you can choose from the standard boards or the clones made by other companies which are more cheaper and usually China made. It's up to you. But I'd recommend the official boards because others are poor in terms of build quality.

Getting an Arduino board is not a problem where ever you are. Arduino has many official distributes all over the world which are listed on their website. I bought my first Arduino board from rhydoLabz which is the only official distributor in the state of Kerala, India. They have SparkFun distribution too. It was like a dream come true when I got my first Arduino. I didn't know what to build with it first but today I can design and build almost anything from Arduino if given all the tools and materials combining my other skills.

So if you are out there and want to start with micro-controllers, programming and DIY hardware hacking, find an official distributor near and get an Arduino board today. You can find all my Arduino projects in the Hardware Projects page. Happy hardware hacking and stay creative :)