FAQTERMSSITEMAP
Blog    Are we in a simulation?

Are we in a simulation? 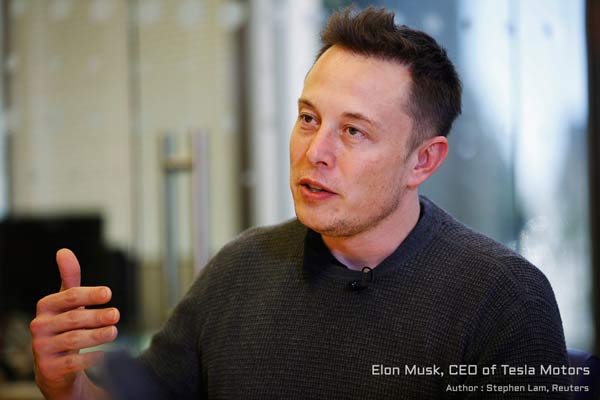 “There’s a billion to one chance we’re living in base reality.”
- Elon Musk (CEO of Tesla and SpaceX on June 2016)
Photograph by : Stephen Lam, Reuters

I've heard people including Tesla Motors' CEO, Elon Musk, say that we're in a dream or simulation, matrix or something, that the universe as a whole is big computer simulation. Really ? I've always wondered about such a possibility and the reason why people could be saying so. I know it's hard to define reality and to draw the line between what is real and what is not. We haven't been able to establish a consensus on that yet. Even leading physicists have  completely different views about it. But I'll talk about reality in another article and here I'll focus on disproving this "simulation hypothesis".


Now, is there any possibility that such an argument has some truth in it, or how do someone disprove such a theory ? Trying to disprove a proposed theory that is still not experimentally verified will lead us to better versions of that theory or even to discarding it altogether. I'll try to disprove the simulation hypothesis on the grounds of Systems Theory.


First we have to understand the Systems Theory. What is a system ? A system is anything. Yes it could be anything. For example the universe as we see it is one system as a whole. Though there aren't actually, we assume there are multiple sub-systems inside a system for the sake of understanding it because we can't comprehend it otherwise. A simulation is such a sub-system. How do we create a sub-system ? Every system is defined by its own rules. The rules make a system what it is. Rules can not be random but consistent always, and that's why they're called "rules" in the first place. This consistency makes a system identifiable as it is. Every such system has a measure of complexity. A system with a particular measure of complexity can not sustain a more complex system within. For example the computer I'm using right now is a system. It works based on the principles of Boolean Algebra and physically made possible by electronic systems. The operating system I'm running on this computer is way less complex than the backing electronic systems.


Let's discuss an example. Say I want to simulate a complete human cell, all aspects of it. Is it possible to simulate such a system in "a" computer or a computer network ? The answer is no. First, because we do not know how a cell or all the atoms or molecules in a cell work in such harmony. Second, we do not have computer systems or computer programs complex enough to run such a simulation at full scale. I want to reiterate the word "complexity". Even if knew how a human cell works to the scale of one atom, we wouldn't be able to "simulate" it with our existing computers because we do not have a system with higher complexity than a cell that can sustain such a simulation. But our universe can run that "cell simulation" I said absolutely fine ! So a cell is something we can not simulate for now. But what about something we can simulate ? Well, we can simulate gravity, acceleration, laws of motion and all. Because the underlying mathematical basis for them are simple enough to be understood and programmed by a single human with an ordinary computer. This may have evoked an idea about how simple laws of physics are. Yes they are simple. A cell is just a complex integration of such simple and elegant rules.


From the above examples, it means to realize and sustain a system, we first need a more complex system, and that new system can not infringe the existing rules of the mother system, means it should be consistent with the rules of the mother system. Now let's take this to our universe, our life and your argument. Our universe works on the principles of mathematics and physically exists as energy and space as we know so far. We humans reside inside the universe system. Also the universe system is the complex of all systems we can observe. None of us are or what we observe is not complex than the universe itself. Everything including you and me are part of the system that follows those consistent rules. You can not do anything that violates the rules of your mother system. Everything including us are bound by those rules. So in a sense, our universe is a "simulation" that works based on a set of rules.


But why do you have to call it a simulation ? There could be more complex systems outside of our universe and we're trying to understand them. But as long as you can not prove by showing a more complex system than our universe, you can not use the word "simulation", but you should call it an "absolute reality" or "truth", because that is all matters to you. The word simulation shall only be used to represent sub-systems within our universe, for example GoL.


Something for you : Suppose we were able to simulate a complete human cell. Now how would you distinguish between a real cell and a simulated cell ?